The art of being an Emcee - part 1

Darlings, I know I am far from perfect, but I have been doing this Emcee business for a long time and have been mentored by far more experienced Emcees than myself.
I am very keen to see good Emcees come out of our community, because an Emcee can make or break a show.
If you are phased or intimidated by this thought, it's quite likely you will make a much better Emcee than someone who never thinks about it all!
So I thought I would put together a series of posts that go into what works and what doesn't work. This hopefully will inform:

Why does it matter though. Surely the Acts are more important?
Well, that's the paradox.
The Acts ARE more important. Being a successful Emcee is as much about knowing how to balance being entertaining and funny with framing the real stars of the show instead of upstaging them.

A non-performer friend of mine has been to some shows I have Emceed and gotten really inspired by the performers into trying burlesque classes herself. The last show she went to however was without me, and I know it would have been at least as good as the others. Her feedback however was that the acts did not seem as good. She is insightful enough to observe that this was probably down to the male comedian Emcee who did nothing to weave an air of mystique or glamour around the performances. The result was that they didn't show up as well as he did. This is so wrong, and it has consequences. Who is going to keep going to burlesque shows if they think the acts aren't that good? There's a huge difference between being inspired and being bored. Inspired comes back for more; bored doesn't.
As performers, we see what is on stage differently than the audience does- the magic is almost always there for us no matter what. The trouble is, we need to make sure the audience experiences that magic too, which is the Emcee's job. We need them to come back and bring their friends, otherwise we're just watching each other and that is an ever decreasing circle, not an expanding one.
Thanks for reading! 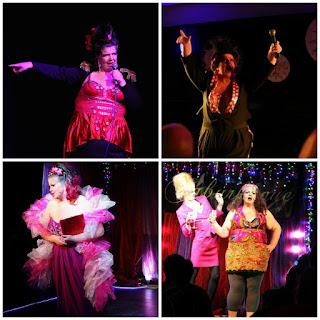 My darling dear ones, welcome to you all! I am just carving out a teeny corner of the interweb to call my own. A place where I c... 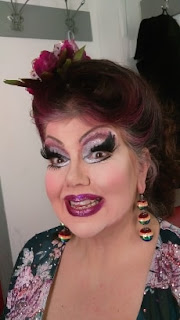